Produced by Nostromo Pictures, headed by Adrian Guerra and Rodrigo Cortes, the producer and director respectively of “Buried” and “Red Lights,” “Grand Piano” continues Sitges’ tried-and-tested strategy of choosing as its curtain raiser the biggest Spanish genre proposition of the year. Lamppost was the post-production facility to get this job done. We were working a quite big group of around 15-20 artists, split on 3D artists and Compositors. This total crew number is not really common for this kind of spanish productions.

Let’s get this colorfully simple statement out of the way right now: the slick, stylish, and admirably fast-paced thriller called Grand Piano could easily be described as “Phone Booth in a concert hall” — except that it’s quite a bit better than that. That description just makes for some easy short-hand in the early part of a film review that (hopefully) serves to pique your interest. Because make no mistake: Grand Piano is simply a whole lot a “high concept” entertainment with a welcome sense of character, timing, restraint, and cleverness. Also great music. And a few sequences that you Hitchcock and/or De Palma fans will truly adore.

For those who may be unfamiliar with the term “high concept,” here’s a perfect example of one: Tom Selznick (Elijah Wood, whom it is literally impossible to not love) is one of the world’s finest pianists, but he’s back on stage after a devastating professional failure and a five-year hiatus from performing. His plan is to play a very swanky concert in Chicago, with full orchestral support, on a very special piano, regain some confidence, and move on to happier times. No pressure on Tom, right? Let’s not forget that he’s married to a monumentally-adored Hollywood actress AND that most of his fellow musicians legitimately dislike the guy.

Here I got my second credits, now, on big screen. 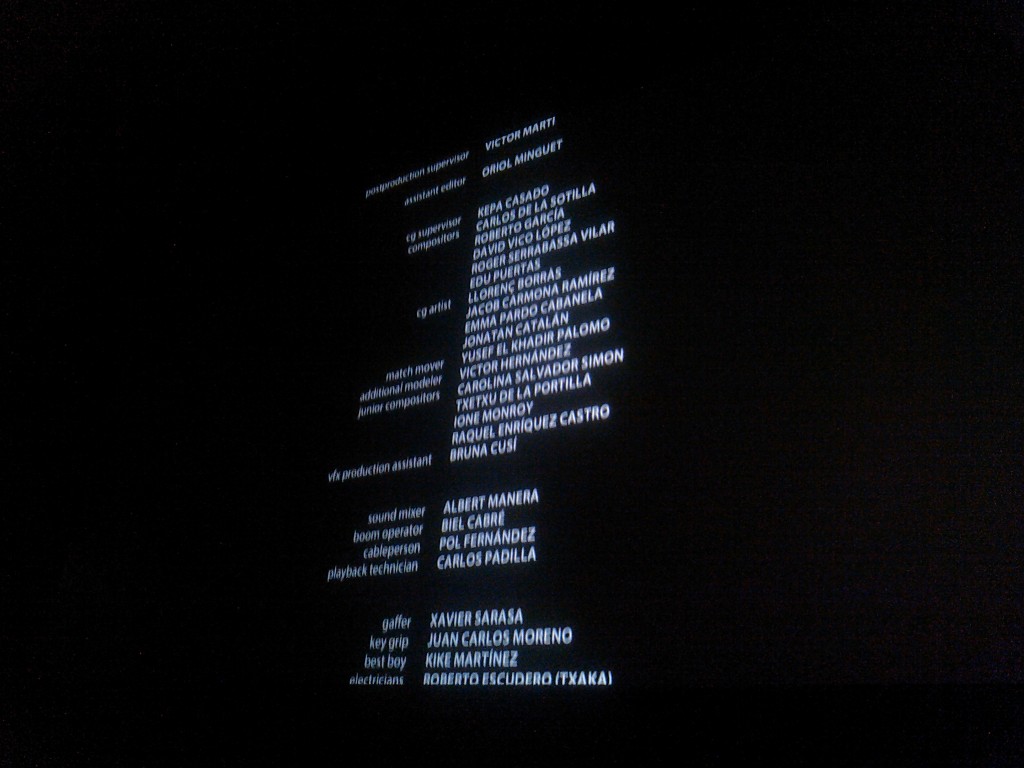