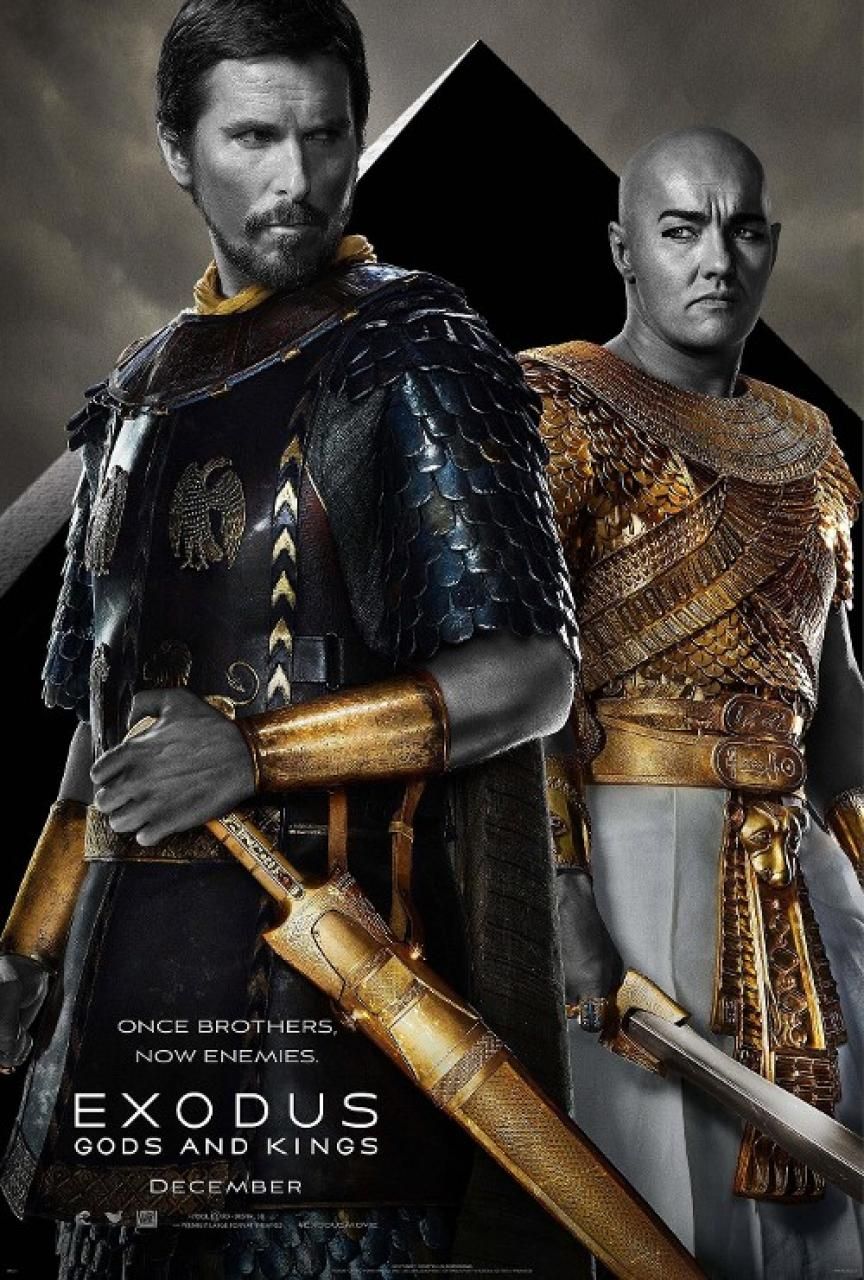 From acclaimed director Ridley Scott (“Gladiator,” “Prometheus”) comes the epic adventure “Exodus: Gods and Kings,” the story of one man’s daring courage to take on the might of an empire. sing state of the art visual effects and 3D immersion, Scott brings new life to the story of the defiant leader Moses (Christian Bale) as he rises up against the Egyptian Pharaoh Ramses (Joel Edgerton), setting 600,000 slaves on a monumental journey of escape from Egypt and its terrifying cycle of deadly plagues.

Bale plays Moses with a luxuriant beard, while Joel Edgerton makes a remarkable transformation into a Brynneresque Ramses. All the drama of the Bible story seems to be in place: the struggle of the Hebrews in Egyptian slavery and their liberation by Moses, via rivers of blood, plagues from heaven, and the parting of the Red Sea. Scott has perhaps zeroed in on the intimate human struggle between the two leaders, but there is still his skill for indelible imagery and scale, as a horse turns from a cascading sea. It has an excellent supporting cast too, with Sigourney Weaver, Ben Mendelsohn and John Turturro.

With its subject matter of a divinely anointed home for Hebrews, it could be potentially be politically contentious as conflict in Israel and Palestine continues to roll on. But Scott isn’t done with Biblical subject matter – Variety reports that he will also soon produce a film about King David and his reign after felling Goliath.

The power struggle depicted in Exodus has been memorably filmed before as The Ten Commandments in 1956, directed by Cecil B DeMille and starring Charlton Heston as Moses opposite the aforementioned Yul Brynner – when adjusted for inflation, it’s the seventh most successful film ever at the global box office. The new film comes following another Biblical success in Darren Aronofsky’s Noah, which grossed $359m worldwide since its release earlier this year.