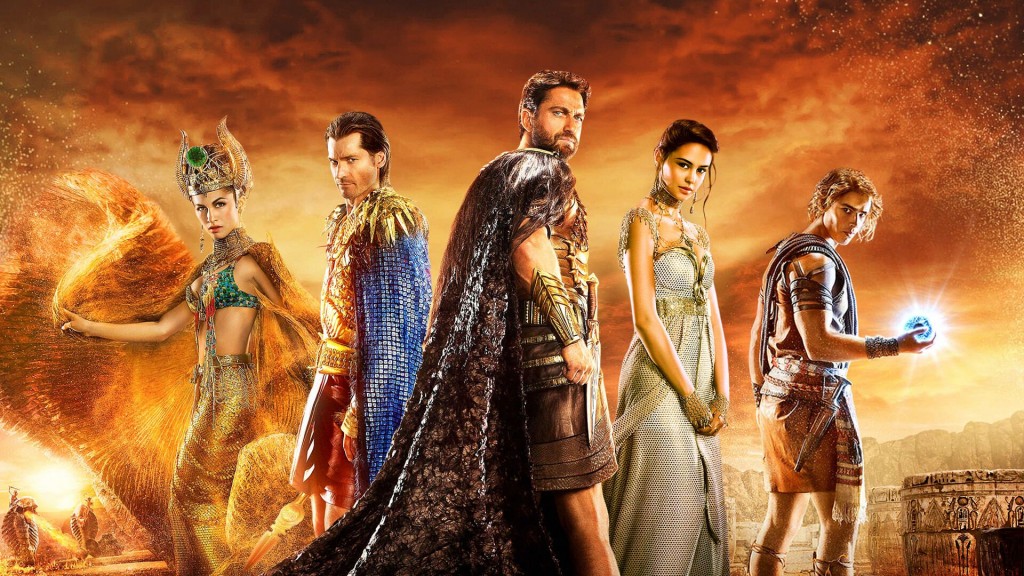 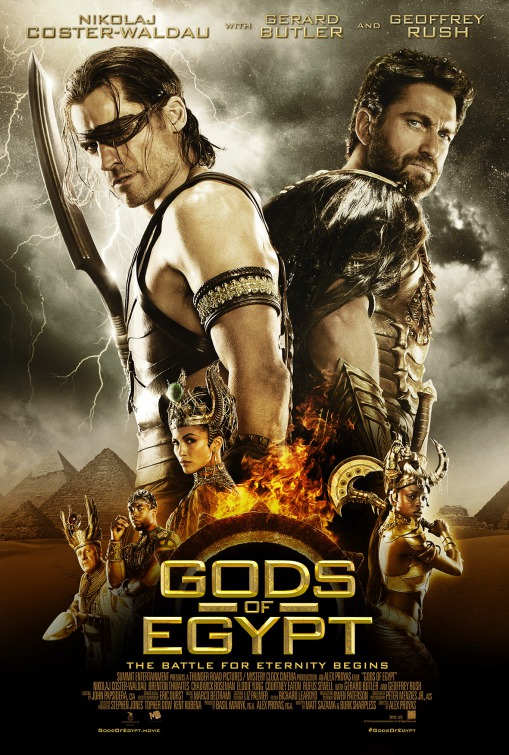 A common thief joins a mythical god on a quest through Egypt.

In ancient Egypt, where deities living among mortals, the exiled god Horus (Nikolaj Coster-Waldau) attempts to reclaim his throne and his people from the wicked Set, and only a mortal peasant can help him.

In the past, Alex Proyas has created seductive gothic worlds, notably in The Crow and Dark City. He stumbles into the garish sun for this catastrophe, shining unkind light on a story both misconceived and badly executed. It is hard to sweep away everything that’s terrible to see any tiny kernel of what may have at some point seemed like a good idea.

In a fantasy Egypt where gods rule and most Egyptians are white with English accents, evil god Set (Gerard Butler, separating himself from the crowd by being Scottish) kills his brother Osiris, blinds Osiris’ son Horus (Coster-Waldau) and steals his throne. With the help of a peasant thief (Brenton Thwaites), Horus attempts to reclaim the crown and set his people free. Thwaites is saddled with a sodden lump of a role, trying to give charming cockiness to a character written as simply arrogant. Every time he evades death is a disappointment.

It’s a film that reeks of money, big swooping shots stretching on for digitally created miles and golden costumes glinting, but it’s money badly spent. All the effects look like they missed a final pass, shiny with that glossy mid-’90s artificiality. It brings to mind the Dolly Parton line, “It costs me a lot of money to look this cheap”. This is the Dolly Parton of movies, without any of the knowing wit.

The plot is lurid and camp, which could have been quite fun if Proyas had embraced it, but he tries to give it a weight it can’t support, forcing needlessly dense mythology that confuses convolution with depth. With all the toys at his disposal here Proyas might have been expected to at least throw in some exciting action, but there’s an afterthought, samey quality to the set pieces, the majority finding our heroes jumping off a ledge and hoping for the best. It’s not even spirited enough to be enjoyably awful.

Summer 2016 has had a high number of shonky blockbusters, but Gods Of Egypt is the worst of them.

This film is directed by Alex Proyas.