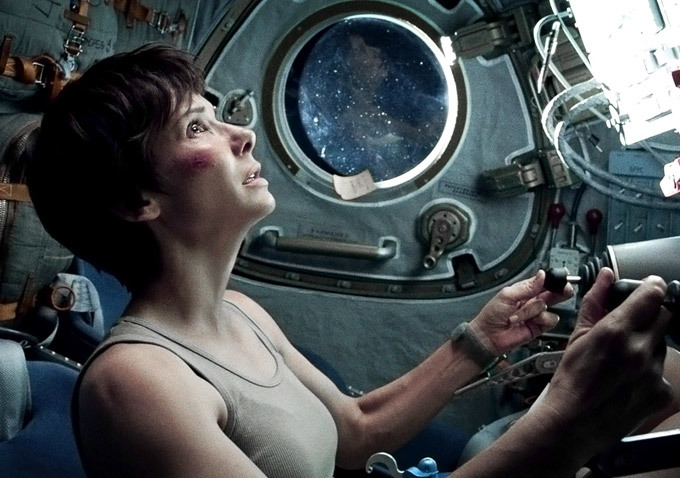 That happen in London, where Prime Focus World was the Exclusive 3D Conversion Partner on ‘Gravity’, providing View-DTM conversion services for the space thriller from director Alfonso Cuarón. I previously worked on Frankenweenie and Total Recall shots for the same company.

London was the lead PFW HUB for Gravity, working closely with the View-DTM roto and paint artists in Mumbai to produce a conversion that was complex, both creatively and from a production management point of view. Under the creative supervision of Richard Baker, and with production management headed up by Matthew Bristowe, the View-DTM team delivered all of the live-action conversion shots – 85 shots / 27 minutes of converted footage – for the stereo 3D movie.

Another hugely important aspect of this project was PFW’s relationship with Framestore, the primary VFX vendor on Gravity. There was an unprecedented level of interaction between the two companies as shots were passed back and forth for completion. PFW provided converted plates and technical stereo information for Framestore, tailoring and creating stereo cameras for the CG shots, and the PFW pipeline team wrote scripts to assimilate CG assets from Framestore into the conversion pipeline. PFW and Framestore shared camera tracks, geo for the capsule set, cyber scans of Sandra Bullock’s head and many other assets and elements that allowed for a close and constructive collaboration on the movie.

This collaboration between the two companies is already paying dividends for PFW in terms of the integration of its own internal VFX and conversion pipelines, as the R&D, pipeline and process advances made on this project are rolled out across Prime Focus World globally.

“As far as 3D goes, Gravity is a game-changer. In terms of filmmaking, it’s a game-changer. Having the opportunity to work on this film will remain one of those noteworthy moments that you reflect upon in years to come as a highlight in your career.”

A stunning mixture of high-tension drama, stand-out performances, photo-real CG, cutting-edge conversion, and an auteur director at the top of his game, Gravity is both a huge creative and storytelling achievement and a wildly impressive technical accomplishment, and is set to transform audience perceptions of what is possible in filmmaking when it releases on 4 October 2013 in North America, and on 18 October 2013 in the UK.

“The length of the shots in Gravity was a huge challenge – handling a 15,500 frame shot is something that no other conversion house has done before. Gravity was a massive technical achievement, both for Prime Focus World and for stereo conversion.”

In this Artist Breakdown we analyse a scene from ‘Gravity’ starring Sandra Bullock and George Clooney. Prime Focus World’s Richard Baker (Creative Director, View-D™) and Matthew Bristowe (SVP, Production) take you on a step by step journey through the stereo conversion of the shot, describing how PFW’s View-D conversion process allows for the full integration of the VFX and conversion processes. This video explains in what process I was involved mainly recreating all the backgrounds for the Stereoscopic Artists, working mostly with 3D Geometry and 3D Camera Tracking for all the shots.

UPDATE:
The International 3D & Advanced Imaging Society has recognized Prime Focus World with the ‘Best 2D to 3D Conversion’ Award at a glittering ceremony at Warner Brothers Studios in Los Angeles. The annual 3D Creative Awards honors the best in 3D image making, and Prime Focus World’s conversion work on Alfonso Cuarón’s GRAVITY was singled out by the jury as the stand-out work of the last year.
Via: http://www.primefocusworld.com/news/2014/1/29/pfw-wins-best-2d-to-3d-conversion-at-3d-creative-awards-2014-for-work-on-gravity