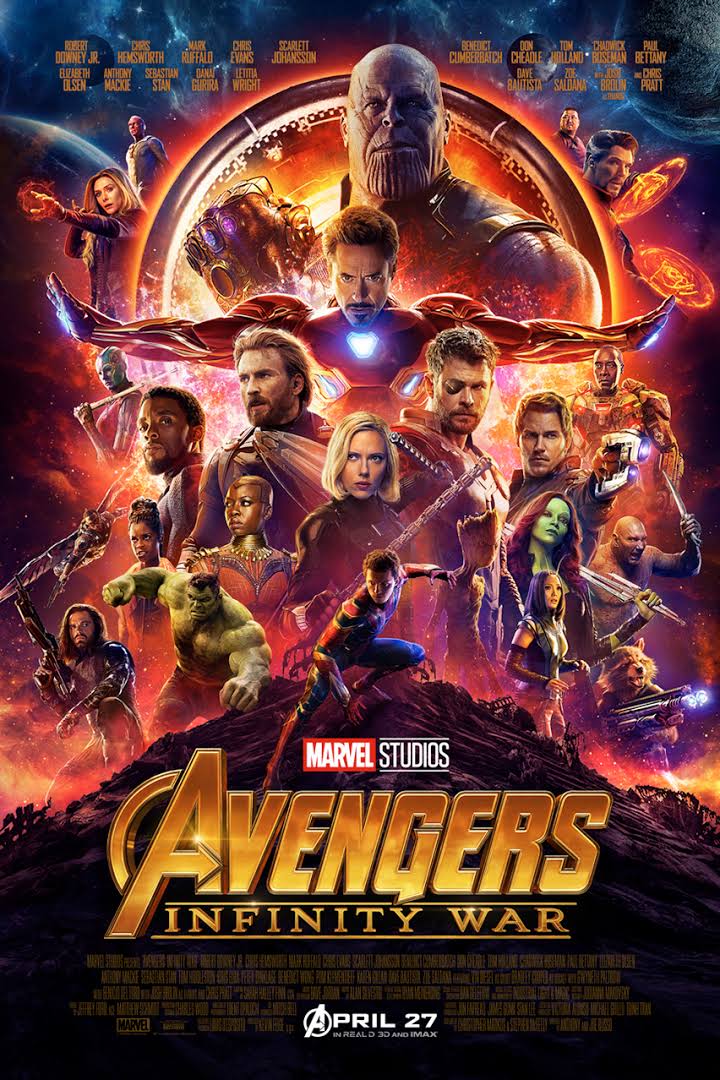 Avengers: Infinity War is a 2018 superhero film, based on the Marvel Comics superhero team of the same name. The film is a sequel to The Avengers and Avengers: Age of Ultron and a crossover between/sequel to Captain America: Civil War, Doctor Strange, Guardians of the Galaxy Vol. 2, Spider-Man: Homecoming, Thor: Ragnarok Black Panther, and Black Widow. It is the nineteenth film in the Marvel Cinematic Universe and the Infinity Saga, as well as the seventh film of Phase Three. The film was released on April 27, 2018.