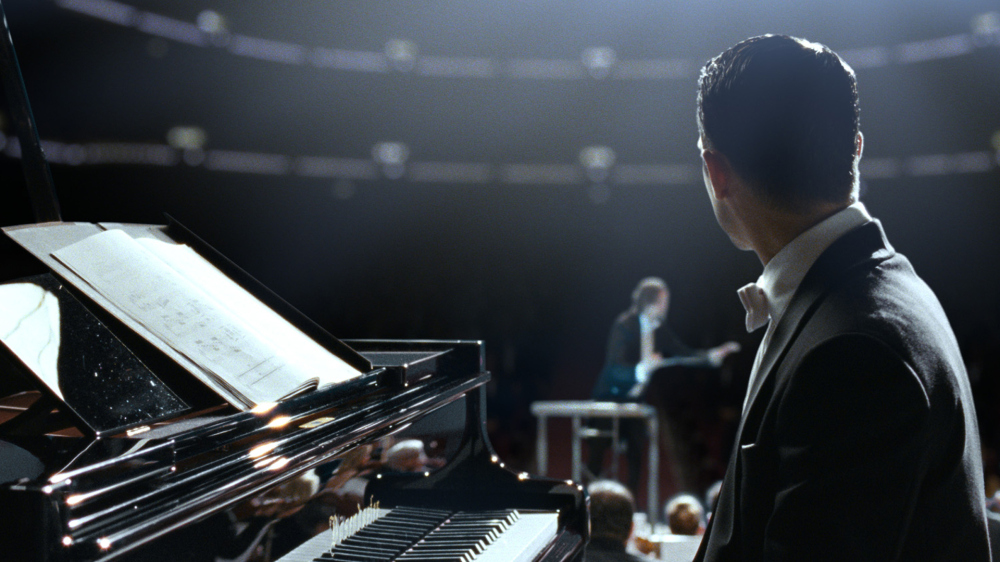 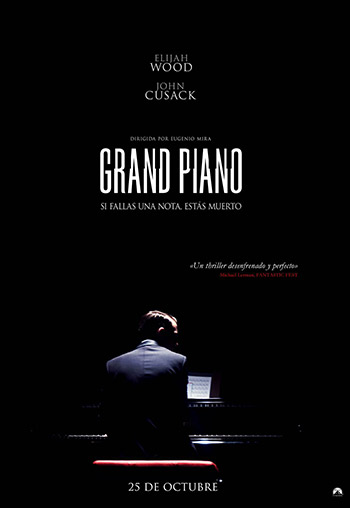 Moments before his comeback performance, a concert pianist who suffers from stage fright discovers a note written on his music sheet.

The plot thickens when the note threatens the pianist and his family if he does not perform his greatest concert to date.

Review: Using stylistic cinematography (a De Palma-esque split-screen shot, Wood’s reflection in the piano) and an engaging (and original!) score, Mira has made a kinetic and fun little thriller that works non-stop from beginning to end. Where the film perhaps fails is in a diversion involving Emma’s snotty friends, who seemingly only exist to die and create the illusion of real stakes. The characters feel extraneous, their acting cartoonish, and the film suffers in those brief moments for it.

Where ‘Grand Piano’ excels is in embracing the simplicity of what it is, and Mira and his cast aren’t afraid to get a little wacky, especially in the third act. It’s not a believable scenario, and as such, Mira knows that he can up the ante and pile it on thick; anything becomes possible in a story that has no boundaries, though Mira shows surprising restraint. For instance, a throat-cutting scene delightfully juxtaposed against the playing of a cello. It’s the exact sort of visual you might expect, but it’s pulled off incredibly well and almost bloodlessly.

Excessive in its simplicity, yet simplistic in its excess, ‘Grand Piano’ is a sharp thriller that knows exactly what it is and what it wants to do — like any good concert, the goal is to entertain, and it succeeds fairly well. While it doesn’t necessarily surprise, Mira’s latest film does impress with its ability to take a well-worn framework and hammer it into something pleasurable.