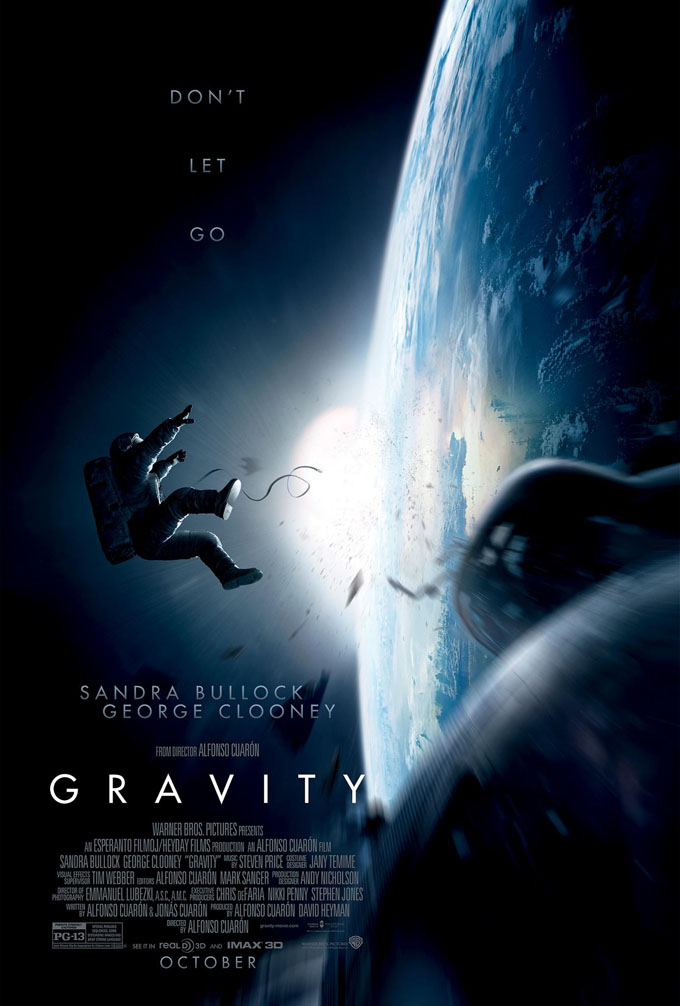 Although release dates are always subject to change, Gravity would then open on a crowded weekend, directly facing off against Robert Rodriguez’s long-awaited Sin City: A Dame to Kill For, Vince Vaughn comedy The Delivery Man, and the 3D re-release of Star Wars: Episode III – Revenge of the Sith, according to IMDB. Needless to say, opening such an ambitious film against these heavyweights may not be the wisest move for Warner Bros., the studio behind Gravity.

Alfonso Cuaron’s new film will be the 3D space film Gravity. The film will be hugely-CGI heavy with perhaps 60% CG feature animation. What would seem to make this a real challenge is that the film is set in the present day, or at least the very near future, so this is presumably intending to really push photo-realistic CGI to new levels. Apparently, the film will be shot in Cuaron’s trademark fluid style, with an opening shot intended to last at least 20 minutes.

When MTV News caught up with Guillermo del Toro last August, he said he was blown away by what Cuaron is planning.

“I’m amazed at Alfonso the past few movies because he’s completely transformed himself. [‘Gravity’ is] incredibly well-calculated. Very human, if you know the story,” he said. “[They’re] absolutely pushing a new boundary in filmmaking, completely mindblowing. And the way they’re making that movie will, I think, forever change certain types of productions.”

UPDATE:
The International 3D & Advanced Imaging Society has recognized Prime Focus World with the ‘Best 2D to 3D Conversion’ Award at a glittering ceremony at Warner Brothers Studios in Los Angeles. The annual 3D Creative Awards honors the best in 3D image making, and Prime Focus World’s conversion work on Alfonso Cuarón’s GRAVITY was singled out by the jury as the stand-out work of the last year.