Out of the Dark

Home > Credits > Portfolio > Feature Films > Out of the Dark 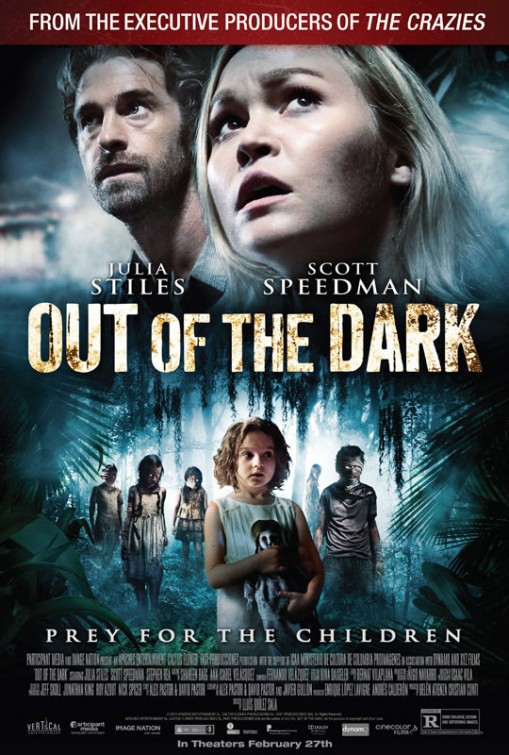 Julia Stiles (Silver Linings Playbook, The Bourne Ultimatum), Scott Speedman (The Strangers, The Vow) and Stephen Rea (V for Vendetta, The Crying Game) star in Out of the Dark, a supernatural thriller presented by Participant Media in association with Image Nation and produced by Colombia’s Dynamo and Spain’s Apaches Entertainment. Participant’s Jeff Skoll and Jonathan King and Nick Spicer of XYZ Films serve as executive producers on the film, which began filming in Bogota, Colombia this week.

Spanish filmmaker Lluis Quilez is directing the screenplay by Alex & David Pastor and Javier Gullón about an American couple, Sarah and Paul Harriman, who move to Colombia with their young daughter, Hannah, to take over the manufacturing business owned by Sarah’s father, and soon realize that the house they’ve moved into is haunted.

Said King, “Given Participant’s mission to illuminate important issues, this is not your average ghost story. You can be sure that there’s a bigger reason why this takes place at this particular house in the Colombian jungle and to this particular family.”