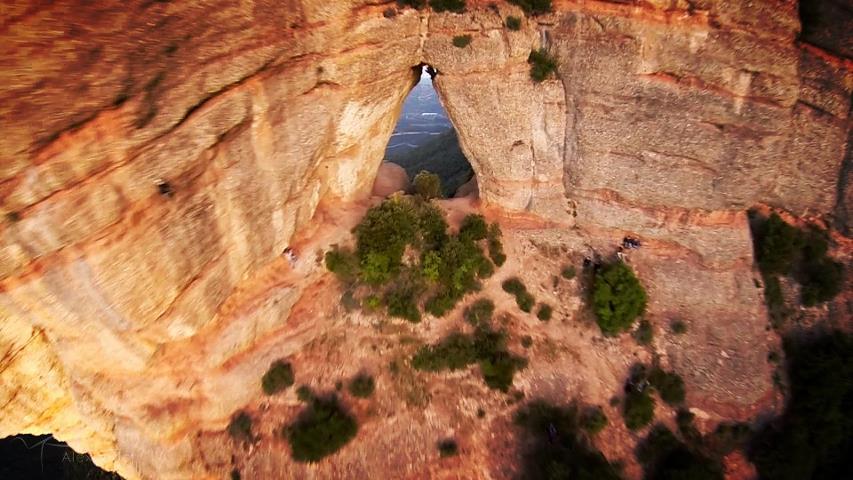 ENG
Winguit / BASE-jump athlete Alexander Polli does the never before done—a tactical flight through a narrow cave on a rugged mountainside. The flight starts with a jump from a hovering helicopter, Alexander reaches speeds of 250 km/h (155 mph) while following a precise trajectory leading to the cave opening, he then fully commits and flies directly through the narrow opening of the “Batman Cave!”
Shot in full HD, this extraordinary flight exceeds the level of commitment most fliers would ever consider—there can be no attempting, the only option is success!
The narrow cave, no wider than Alexander is tall, is located in Roca Foradada Mountains in Montserrat, Spain—a location that has inspired this professional Italian Norwegian athlete’s flying dream his whole life. Alexander hopes his success will inspire others not only to ‘climb over their mountains,’ but to also fly right through them!